If you’ve missed the previous New York Blogs please click the links below.

Day 8 was an incredibly hot (33c 93f) with over 80% humidity! Mike was not at happy boy! Even at 8:30am as we chugged on huge and tasty Jumba Juices’ Mike of course still had to push my ever increasing arse around - my boy was struggling.

At 9, most of 5th Avenue was still closed but we wandered into Trump Towers where there was a coffee stall. What can I say about the infamous Towers? Built by Millionaire Donald Trump... well it is exactly what I expected; pink marble floor to ceiling, gold fixtures, fittings and elevators and the foyer was a Trump trading room where you can buy all of Mr Trumps books, clothing range and even Trump Champagne - class all the way ;).

We were booked in to go on a NBC studio tour, on the way we saw The Today Show being filmed (UK This is the equivalent of This Morning in the US) outside the Rockerfella Centre.

It was September 11th so the show, among many, were remembering the events of that fateful day 12 years ago. As we walked around the city we saw many churches holding special services in memory of the fallen and even many of the shops cleared windows to place tributes too.

NBC (National Broadcasting Company) is where Saturday Night Live (SNL) and the Jimmy Fallon Show are filmed, but it has also been the home network for shows like F.R.I.E.N.D.S, The Voice & Ironside.
Our two tour guide’s Ariel and Carmen were warm, welcoming and as all tour guides are in New York - bloomin’ happy! We went into the SNL studio where the girls asked who wanted tickets to the show... and then shot us down by telling us there was a 3 year waiting list!

From one tour to another we walked to Radio CityHall where we met Joyce and Emily our next hosts. Radio City is another Rockerfeller marvel built in the Great Depression as was the Rockerfella Centre. Known as the “American People’s Palace” it’s a huge 12 acre plot that over 3 million people come to see it every year.

Radio City Hall is beautiful, a real place of opulence and old school glamour, even the restrooms are decked out in original art deco furniture! Unfortunately we were not allowed to take any photos of the magnificent auditorium, which, at the time of our visit, was being set up to house America’s Got Talent for the series final. It is truly one of the most glorious theatres I’ve ever seen. Before we left we had an intimate Q and A with a world famous Rockette and had our photo’s taken with her too!

From Radio City we went to Central Park! We stopped in a little cafe’ for lunch then started to have a wander but It. Is. Huge! 778 Acre’s of huge! You can see why New Yorkers and tourists love the city haven it has become!

We found the Belvedere Castle and the Carousel but the heat was so intense we decided to take refuge in The Metropolitan Museum ofArt (The Met). As you all know by now I’m a history geek so I loved it! We had three hours at the Met but this was nowhere near long enough, you could plan a whole day dedicated to the astonishing collections, and we’ve agreed that when we return to the Big Apple we’ll do just that!

Just some of the beautiful art at the MET 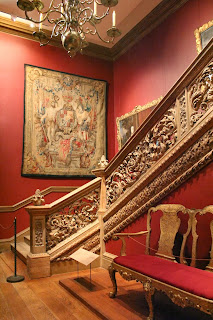 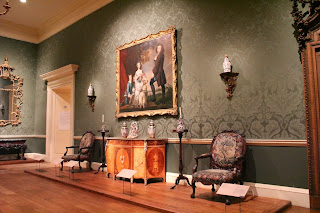 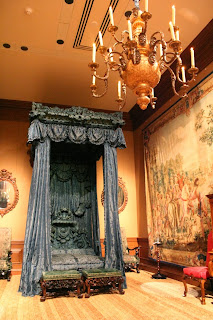 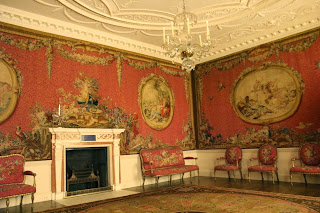 We returned to Central Park where we found the famous boathouse, (featured in the movie 27 Dresses) on such a sunny day it was picturesque but all the boat’s were being put been put away for the day - muchos sadness as I was desperate to have my own chick flick rom com moment, Michael rowing me around lake, me parasol in hand - pure cheese! 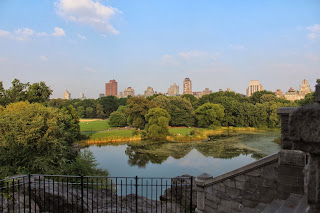 Sadly as we came upon the Central Park Mall as beautiful as it was, the evening was drawing in there were gangs of teenagers and groups homeless people hanging around. I suppose this is something that happens every day in every major city in the world but it was a tad unnerving, especially when police cars started patrolling the length of the Mall up, down and back again.

After all the walking Mike was hot, and very hungry so we stopped at the Brooklyn Diner - an obvious favourite with the rich and famous with hundreds of golden plaques etched with their names dotted around the place. I enjoyed my first Lobster Roll whist Mike went for Mojito flavoured chicken - both amazing and a scrumptious end to another fabulous day in New York.